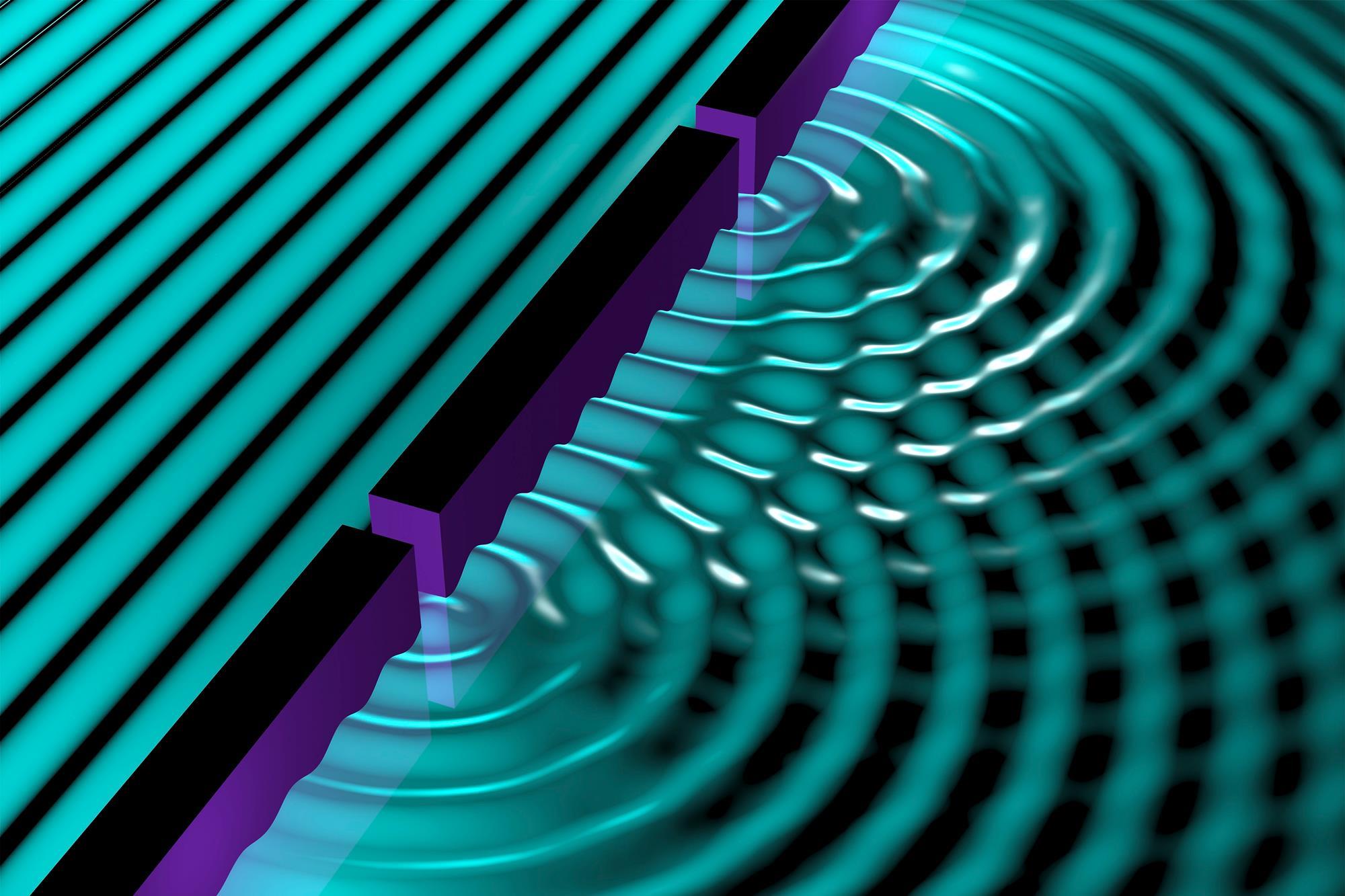 In modern physics, the double-slit experiment is a demonstration that light and matter can display characteristics of both classically defined waves and particles; moreover, it displays the fundamentally probabilistic nature of quantum mechanical phenomena. This type of experiment was first performed by Thomas Young in 1802, as a demonstration of the wave behaviour of visible light. At that time it was thought that light consisted of either waves or particles. With the beginning of modern physics, about a hundred years later, it was realised that light could in fact show behaviour characteristic of both waves and particles.

Ιn the basic version of this experiment, a coherent light source, such as a laser beam, illuminates a plate pierced by two parallel slits, and the light passing through the slits is observed on a screen behind the plate.The wave nature of light causes the light waves passing through the two slits to interfere, producing bright and dark bands on the screen – a result that would not be expected if light consisted of classical particles.However, the light is always found to be absorbed at the screen at discrete points, as individual particles (not waves); the interference pattern appears via the varying density of these particle hits on the screen.Furthermore, versions of the experiment that include detectors at the slits find that each detected photon passes through one slit (as would a classical particle), and not through both slits (as would a wave).However, such experiments demonstrate that particles do not form the interference pattern if one detects which slit they pass through. These results demonstrate the principle of wave–particle duality

Other atomic-scale entities, such as electrons, are found to exhibit the same behaviour when fired towards a double slit.Additionally, the detection of individual discrete impacts is observed to be inherently probabilistic, which is inexplicable using classical mechanics.

The experiment can be done with entities much larger than electrons and photons, although it becomes more difficult as size increases.

If light consisted strictly of ordinary or classical particles, and these particles were fired in a straight line through a slit and allowed to strike a screen on the other side, we would expect to see a pattern corresponding to the size and shape of the slit. However, when this “single-slit experiment” is actually performed, the pattern on the screen is a diffraction pattern in which the light is spread out. The smaller the slit, the greater the angle of spread. The top portion of the image shows the central portion of the pattern formed when a red laser illuminates a slit and, if one looks carefully, two faint side bands. More bands can be seen with a more highly refined apparatus. Diffraction explains the pattern as being the result of the interference of light waves from the slit.

Richard Phillips Feynman, (American Physicist) was fond of saying that all of quantum mechanics can be gleaned from carefully thinking through the implications of this single experiment. He also proposed (as a thought experiment) that if detectors were placed before each slit, the interference pattern would disappear.